One of four gold medals won by American Jesse Owens during the 1936 Olympic Games in Adolf Hitler’s Nazi Germany is up for grabs at an online auction taking place now through December 7. The opening bid at GoldinAuctions.com is $250,000, but recent history tells us this very special piece of sports memorabilia could sell for $1 million or more. 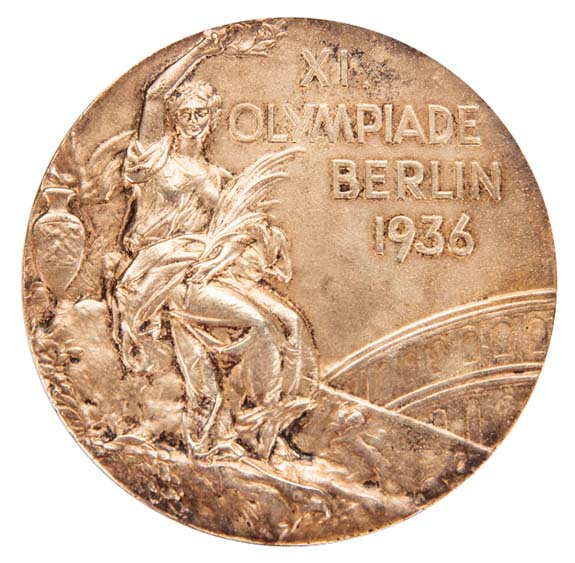 Back in 2013, billionaire Ron Burkle plunked down $1.46 million for an Owens gold medal from the same Berlin Olympics. It was the highest price ever paid for a piece of Olympic memorabilia. 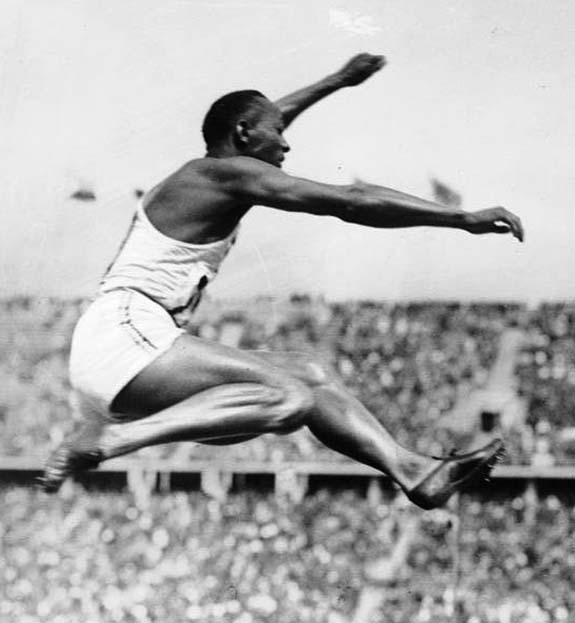 Owens’ performance in Berlin was one of the most significant in Olympic history because Hitler was convinced the Games would showcase what he believed was the superiority of the Aryan race. Instead, the 23-year-old son of an Alabama share cropper embarrassed the German dictator by dominating his athletes with decisive wins in the 100- and 200-meter dash, the long jump and as a member of the 4×100 meter relay team. 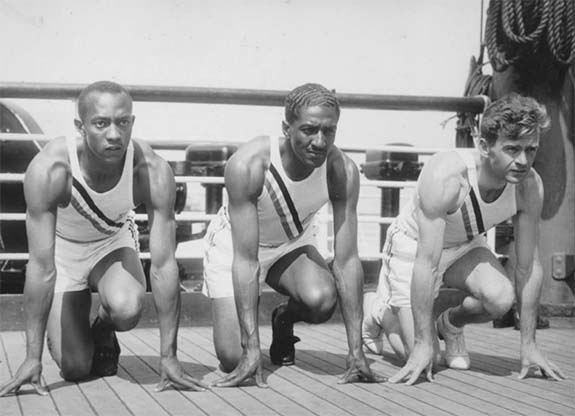 Of the four gold medals captured by Owens, the whereabouts of two are unknown. The one purchased by Burkle in 2013 had been gifted by Owens to his good friend, entertainer Bill “Bojangles” Robinson. The medal came to SCP Auctions via the estate of Robinson’s wife, Elaine Plaines-Robinson.

The Owens medal being offered by Goldin Auctions was most recently owned by the family of John Terpak, Sr., a weightlifter who met Owens during the 1936 Games. Owens apparently gifted the medal to Terpak in appreciation of his generosity and kindness.

Even though Owens was the first athlete in Olympic history to win four gold medals, his hero status was short-lived. According to Goldin Auctions, racial laws and cultural norms kept Owens from capitalizing on his Olympic triumphs. Because of the color of his skin, there were no corporate endorsements, high paying speaking engagements or coaching offers. Friends, such as Terpak, stepped in to ensure Owens would be financially stable.

As early as 1954, Terpak arranged for Owens to appear at speaking events in his native Pennsylvania, and the legendary Olympian was invited back many times over the next decade. Owens passed away in 1980 and Terpak passed away in 1993.

Owens’ 55mm medal features Giuseppe Cassioli’s famous “Trionfo” design, which was showcased on the Summer Olympic medals from 1928 through 1968. The obverse depicts Nike, the Greek Winged Goddess of Victory, holding a palm in her left hand and a winner’s crown in her right, with the Colosseum in the background. The reverse shows a jubilant crowd carrying a triumphant athlete. 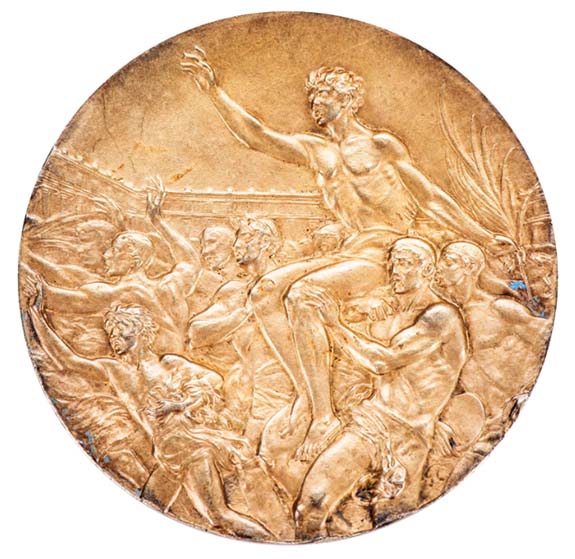 “No athletic award carries the same historical weight and value as Jesse Owens’ gold medal-winning performance at the 1936 Olympics, for no athlete ever achieved nor proved as much as Owens did during those Games,” said Ken Goldin, Founder of Goldin Auctions. “Even though we have offered at auction some of the most iconic sports collectibles, it is the highest honor to share this museum-worthy item with the world.”

Interestingly, the last Olympic gold medal made of pure gold was awarded in 1912. Starting in 1916, the gold medals were made from gilded silver (92.5% silver, plated with six grams of gold).

Owens’ 1936 gold medal weighed 71 grams. So, at today’s valuations, the precious metal content would be worth less then $40 in silver and about $309 in gold.

Credits: Gold medals courtesy of Golden Auctions. Long jump photo by Bundesarchiv, Bild 183-R96374 / CC-BY-SA 3.0 [CC BY-SA 3.0 de], via Wikimedia Commons. Photo of U.S. Olympic team sprinters (from left) Jesse Owens, Ralph Metcalfe and Frank Wykoff on the deck of the S.S. Manhattan before they sailed for Germany to compete in the 1936 Olympics by the Associated Press [Public domain], via Wikimedia Commons.