My Big Fat Fabulous Life star Whitney Thore got the ring of her dreams last night during the season six finale on TLC. Boyfriend Chase Severino surprised Thore with a yellow sapphire surrounded by a halo of white diamonds on a split white gold band. 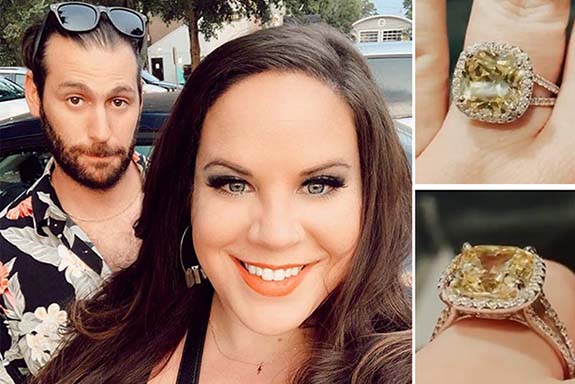 TLC cameras were on hand to document the proposal, which took place at one of the most romantic venues in the world — the Eiffel Tower in Paris. 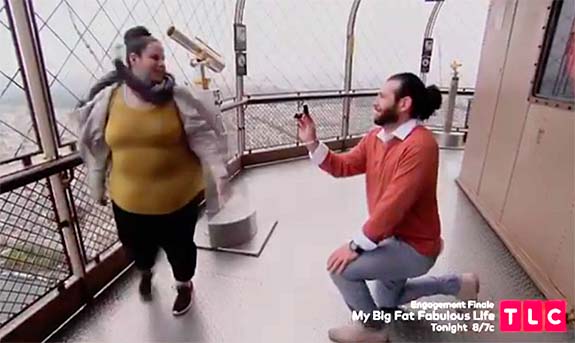 “I was half-sweaty and half-wet after climbing to the top of the Eiffel Tower in the rain,” Thore told The Knot. “I was posing for a photo. Chase was behind me, and I thought he was taking a picture of me looking out over Paris, but when I turned around, he was on his knee holding out a ring.”

She continued, “I gasped and I think he just said, ‘Will you marry me?’ I don’t remember what I said, but I was totally in shock and it was obvious that my answer was yes.”

Thore commended her fiancé for choosing an engagement ring style that was exactly what she wanted. 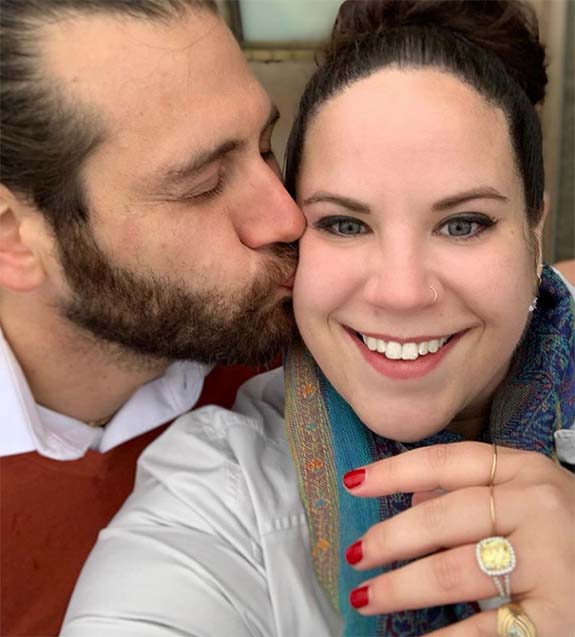 “DAMN HE DID SO WELL!,” she wrote on Instagram. “It’s yellow sapphire, diamonds, and white gold and I’m in LOVE!”

Followers of Thore’s Instagram page know that the proposal was actually taped in October. The current season of My Big Fat Fabulous Life kicked off on January 7 and teasers have shown snippets of Severino getting down on one knee in a Parisian proposal.

In December, Thore wrote on Instagram, “Chase and I got engaged on October 9th in Paris and I’m quite possibly the happiest woman alive. It has been REAL hard to keep this a secret! Can’t wait to share this with y’all!”

According to The Knot, Thore and Severino met on New Year’s Eve 2018 and have been dating since April of 2019. The couple met through a mutual friend, Ryan Andreas, who is Thore’s business partner at NoBS Active, a subscription-based online workout program.