Even though the Hyatt Regency Seattle had to suspend its normal operations due to COVID-19 health concerns, the brand new 45-story hotel at 8th & Howell has been lighting up the sky with love. 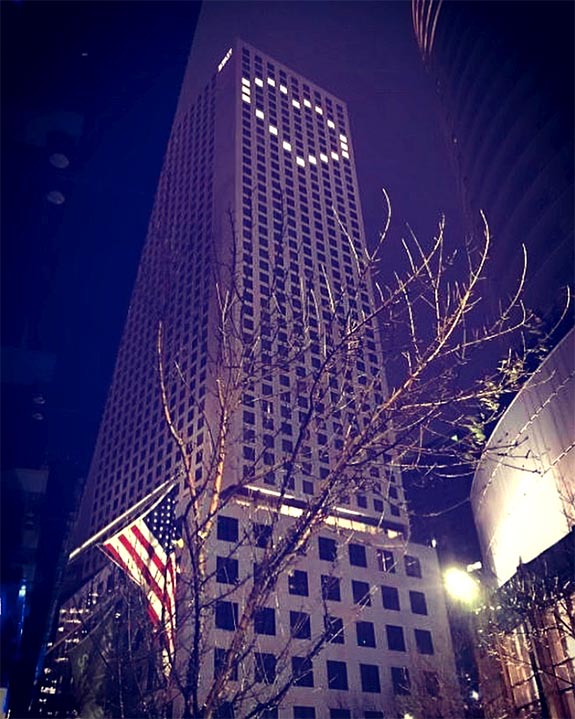 Each evening for the past six weeks, the 500-foot-tall, 1260-room landmark — the largest hotel in the city — has been honoring Seattle’s first responders and health care workers with a giant heart rendered by lighting individual rooms on the upper floors.

On Thursday, the hotel was happy to oblige a special request by Seattle resident Mitesh Munot, and the lighting configuration became a 21-floor love letter to his girlfriend, Apoorva Prasad. 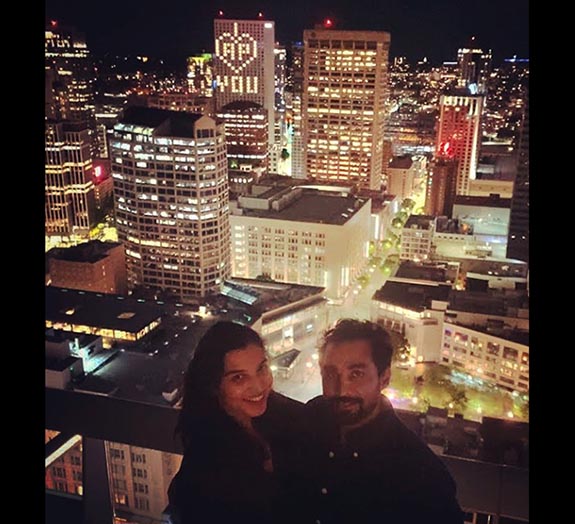 Right at dusk, the simple heart shape was amended to say “I Love You, AP,” with the heart standing in for the word “love.”

From the balcony of his home on 2nd Avenue, and with the Hyatt specially lit in the distance, Munot popped the question and Prasad said, “Yes.”

Munot told komonews.com how he came up with the idea for the sky-high proposal.

“We can see the beautiful heart sign that the hotel shows with the use of lights in individual rooms,” Munot said. “It would probably be the best proposal that I could ever hope for!”

The Hyatt’s social media team got into the spirit with an Instagram post that included a photo of the couple and a caption that read, “Love is in the air! Congratulations on tonight’s engagement! Thank you for letting us be a part of your joyous celebration!”

Commenting on the post, Munot, a senior account executive at Amazon, wrote, “@hyattregencyseattle, I can’t thank you enough for making this happen for us! Thank you for giving us a memory we will cherish forever.”

Prasad, a senior manager at Amazon, was more than delighted, commenting, “@hyattregencyseattle, your team is incredible! We’ve always loved Hyatt, but you’ll now hold a place in our hearts forever. Thank you!”

The Hyatt Regency officially opened in December of 2018, but was forced to temporarily suspend its normal operations due to COVID-19. The good news is that the hotel was given the green light to start serving customers again on June 1.